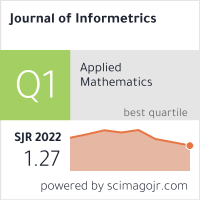 We propose a statistical method for estimating the non-parametric transitivity and preferential attachment functions simultaneously in a growing network, in contrast to conventional methods that either estimate each function in isolation or assume a certain functional form for these. Our model is demonstrated to exhibit a good fit to two real-world co-authorship networks and can illuminate several intriguing details of the preferential attachment and transitivity phenomena that would be unavailable under traditional methods. Moreover, we introduce a method for quantifying the amount of contributions of these phenomena in the growth process of a network based on the probabilistic dynamic process induced by the model formula. By applying this method, we found that transitivity dominated preferential attachment in both co-authorship networks. This suggests the importance of indirect relations in scientific creative processes. The proposed method is implemented in the R package FoFaF.